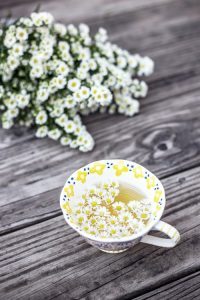 Dandelions are often unappreciated, but in ancient times, they were highly praised for their medicinal properties. They existed throughout history as a medicinal plant. It’s part of Chinese traditional medicine, Greek, Roman or Egyptian medicine and even came over with early settlers of America as a plant that provided both medicine, dye and food. While there are two varieties of dandelion that are native to America, the most common varieties came from seed the early settlers brought. Dandelions are packed with nutrients and many of the benefits of dandelion tea occur because of that fact. They contain vitamins A, C, D and E, plus the minerals-calcium, potassium, zinc and iron.

Dandelion tea can be made from the roots or the leaves.

Dandelion tea made from leaves and stems also provide benefits.

The darker the color of the tea, the more root is used to make it. If you use the flowers and stems, it creates a light yellow tea that provides benefits similar to the root. It also is a diuretic and can aid in ridding the liver and kidneys of toxins. If you have type 2 diabetes, you also should consider drinking dandelion tea, since it can help boost insulin tolerance and level out blood sugar.

Dandelion tea is a potent antioxidant.

Antioxidants help protect you at a cellular level. Dandelion tea is high in beta-carotene that neutralizes free radicals in your body. Not only does that help protect the cells and contribute to good health, it slows the signs of aging. In ancient times, dandelion tea was used to detox the body and drinking it daily was important for good health. Today, it’s often used to help lower the risk of liver disease and boost the health of the liver.