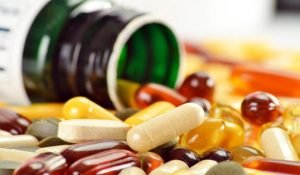 One of the amazing things about studies, is that they often come up with contradictory results. While one study found that people who used supplements were often healthier, other studies show they have no effect. What’s the reason for that contradiction? A third study showed that people who used supplements also exercised regularly, ate healthy meals and did other things, like not smoking or drinking in moderation, that kept them healthier. There is logic to the reason that supplements are not the answer. It comes from the chemical interactions that occur when you eat whole foods and the way the supplements were made.

Consider the blueberry, its chemicals and nutrients have been studied as a tool for helping with a number of conditions. One study showed the anthocyanin—the phytochemical in blueberries that makes them blue—helps prevent cancer, but isolating it proved to be not as effective. The reason for that contradiction? I’m not a chemist, but logic tells me it isn’t just one phytochemical or phytonutrient in the berry that makes it work, it’s the synergy amongst all the nutrients. Rather than popping a vitamin, pop a few blueberries in your smoothie.

Fiber isn’t part of many supplements.

Fiber is so important for both weight loss and good health. It gives you a feeling of fullness. Dietary fiber also helps you eliminate toxins and takes the bloat away. It lowers the risk of many different types of cancer too. Supplements like a multivitamin, simply don’t provide that fiber the body requires. They often lack the micronutrients that are known to be important substances to improve health. Even more so, every day new studies discover the importance of these micronutrients that often aren’t found in multiple vitamins.

Antioxidants protect cells and cell death and damage leads not only to illness, but also aging. While whole foods contain these health giving nutrients, many supplements don’t. Even though vitamin A and vitamin C are antioxidants, whole foods contain other substaances that can boost their effect or change the way the body uses them.