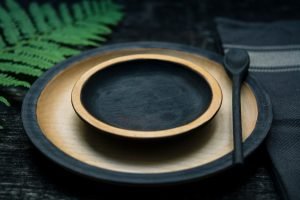 I love to discuss a variety of different ideas on fitness in the blogs. Some I agree with, some I don’t, but explain why and some are interesting concepts that make me stop and think. Intermittent fasting is on the cusp of agreement and interesting for a variety of reasons AND depending how it’s done. Some people do water fasts for days, stating it cleanses their bodies and helps them get back to metabolic normal. Others simply eat all their meals in a eight hour window, ending early one evening and starting later the next day. For instance, the final meal for the day might be at 5 o’clock on Wednesday and the next meal is at 9 am on Thursday. They haven’t really missed a meal, but did actually fast for 16 hours.

There are other more restrictive types of intermittent fasting.

While I rather like the 16/8 fast there are a number of ways to fast. Aside from the water fast, which can last for days, particularly at supervised medical facilities, most of the other fasts aren’t really total fasts but modified eating plans. These plans require you to eat smaller, super low calorie meals on one day or two with normal eating on the other days. The Warrior fast allows you to eat a light amount during the day, like a piece of fruit or two and a huge meal in the evening. I understand why some of the concepts aid weight loss, but seriously, like the 16/8 fast the most.

Intermittent fasting can cause healthy changes in your body.

Insulin levels in your blood drop when you’re fasting. That can increase the amount of fat your body will burn. When you fast, even for a short a period as 16 hours, your body starts repairing itself at the cellular level and removing cellular waste material. Gene’s for longevity change beneficially and the amount of HGH—human growth hormone—increase in the blood. The higher the levels of HGH, the more potential for fat burning and muscle building.

Chronic diseases can potentially be reduced.

Oxidative stress and inflammation are often one of the causes of chronic disease and definitely adds to the aging of the body. A number of studies not only show that intermittent fasting can be a proponent for your body, helping to reduce inflammation, while also improving the body’s resistance to potential oxidative stress. You’ll look and feel better longer. One researcher hypothesized that perhaps the benefits came from the stress put on the cells, which in turn caused them to adapt and enhance their ability to cope with stress. That’s similar to what happens when you exercise.